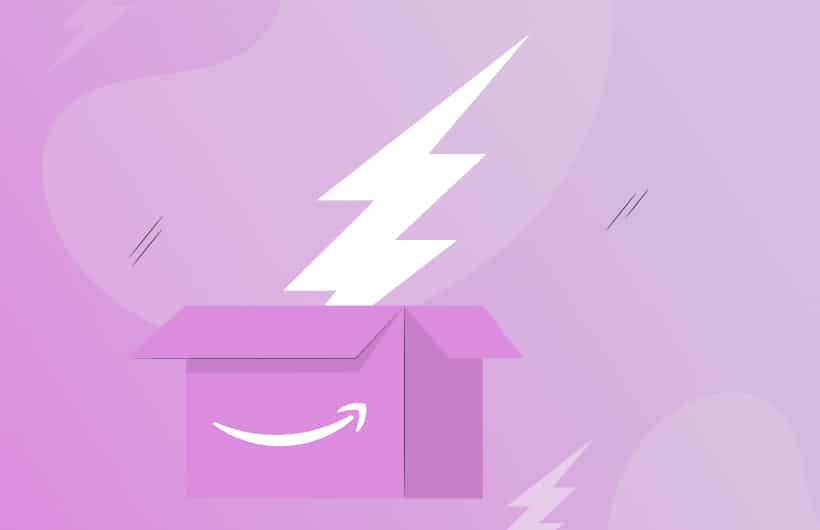 Lighting Deals are very useful when it comes to sales boosts. But, at the same time, it is dangerous to use them without a particular aim and solid preparation.

Amazon’s philosophy is to propel competition and encourage fair pricing among the sellers. The main ways to inspire customers for purchases are promotional discounts, redeemable coupons, and, of course, Lightning Deals.

In order to learn more about what is a Lightning Deal on Amazon, how to create and use it properly, let’s move on with the article and answer some essential questions about the topic.

What are Amazon Lightning Deals?

Lightning Deal is a time-limited promotion created to boost sales of a selected ASIN. It is used to induce faster sales of a specified item quantity and at a certain discounted price. How well the product is prepared for a sale is the key to gaining profit from the Lightning Deal.

From the customer’s perspective, Lightning Deal is an opportunity to get an item at a considerable discount.

Every Deal product has a countdown until the end of a deal and a progress bar that tells a buyer the percentage of the inventory that has already been sold. It has a stimulating effect on customers and brings up a wish to buy the product here and now because such an opportunity cannot be missed.

From the seller’s perspective, it’s like bulk selling to a drop shipper. 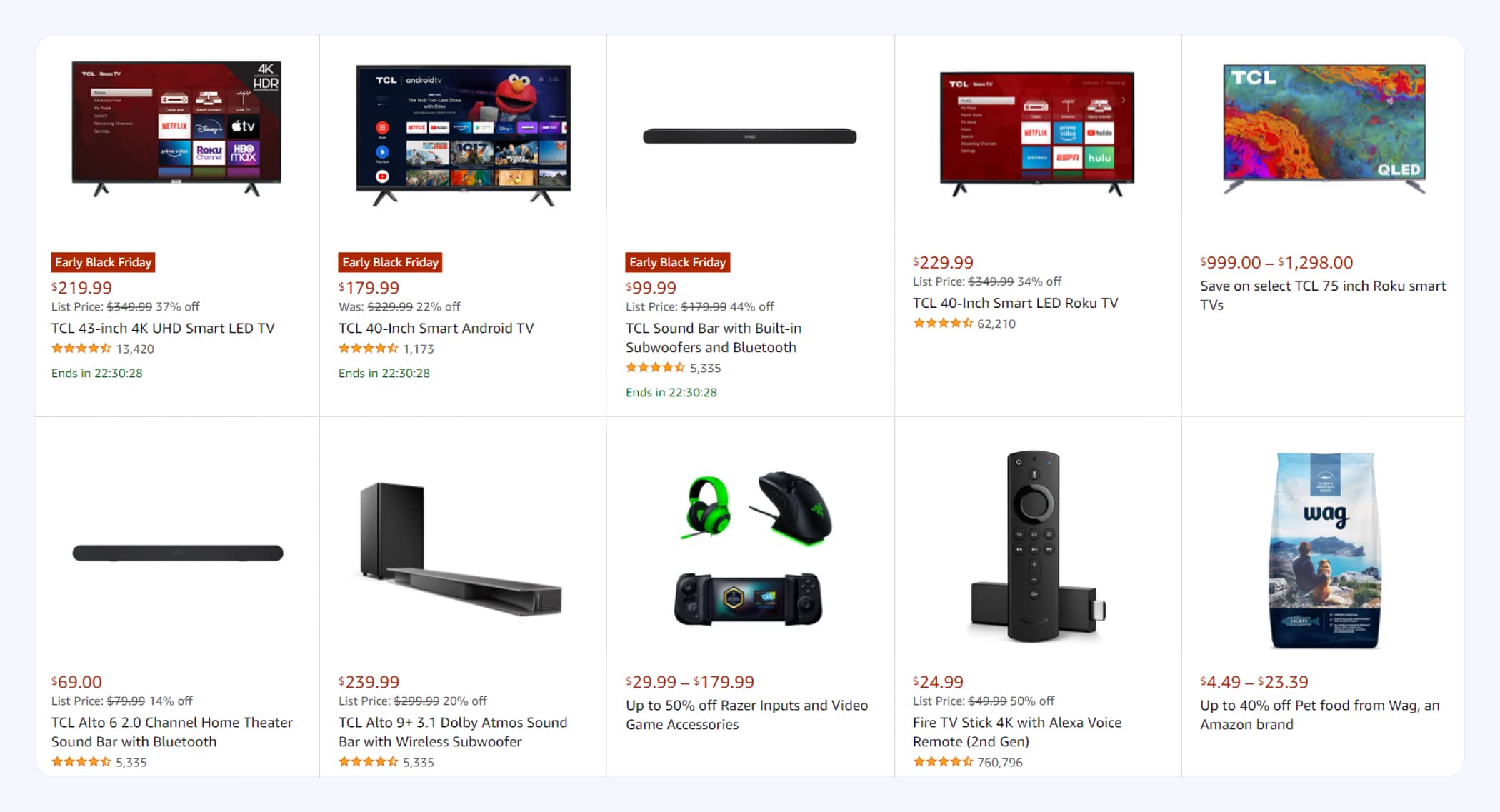 What is the Number of Lightning Deals Run on Amazon Every Day?

There are up to 2000 Lightning Deals per day, and they run for 4-6 hours on the Amazon Deals page.

How Much do Amazon Lightning Deals Affect Sales?

The main purpose of Lightning Deals is to boost the number of sales in an extremely short period of time. Let’s see how it can increase sales by looking at one of the Profit Whales cases.

The screenshot provides the exact numbers of the sales during the Lightning Deal.

What is Required to Launch Amazon Lightning Deal?

Amazon does not guarantee any sales with the Lighting Deal’s help. All it does is give the seller a chance to benefit from it. Seller is not allowed to pick the exact time of the Deal: the algorithm will allocate with a selling window automatically and will notify about Lightning Deals launching 24 hours before the start.

How to Create Lightning Deals on Amazon?

Follow the next steps to launch the Lightning deal:

As mentioned above, Amazon Lighting Deals are eligible to be found in Seller Central under Advertising -> Deals menu.

There, sellers can see all the available products.

If there are none or if the product that the seller wants to launch via Lightning Deals is not on the list, there is some additional work that needs to be done.

For all the available Deals, sellers can manually set the quantity of a product chosen for a sale and a discounted price.

The smallest available quantity and highest possible price are specified by Amazon from the beginning. The seller can only set more items or even lower prices. 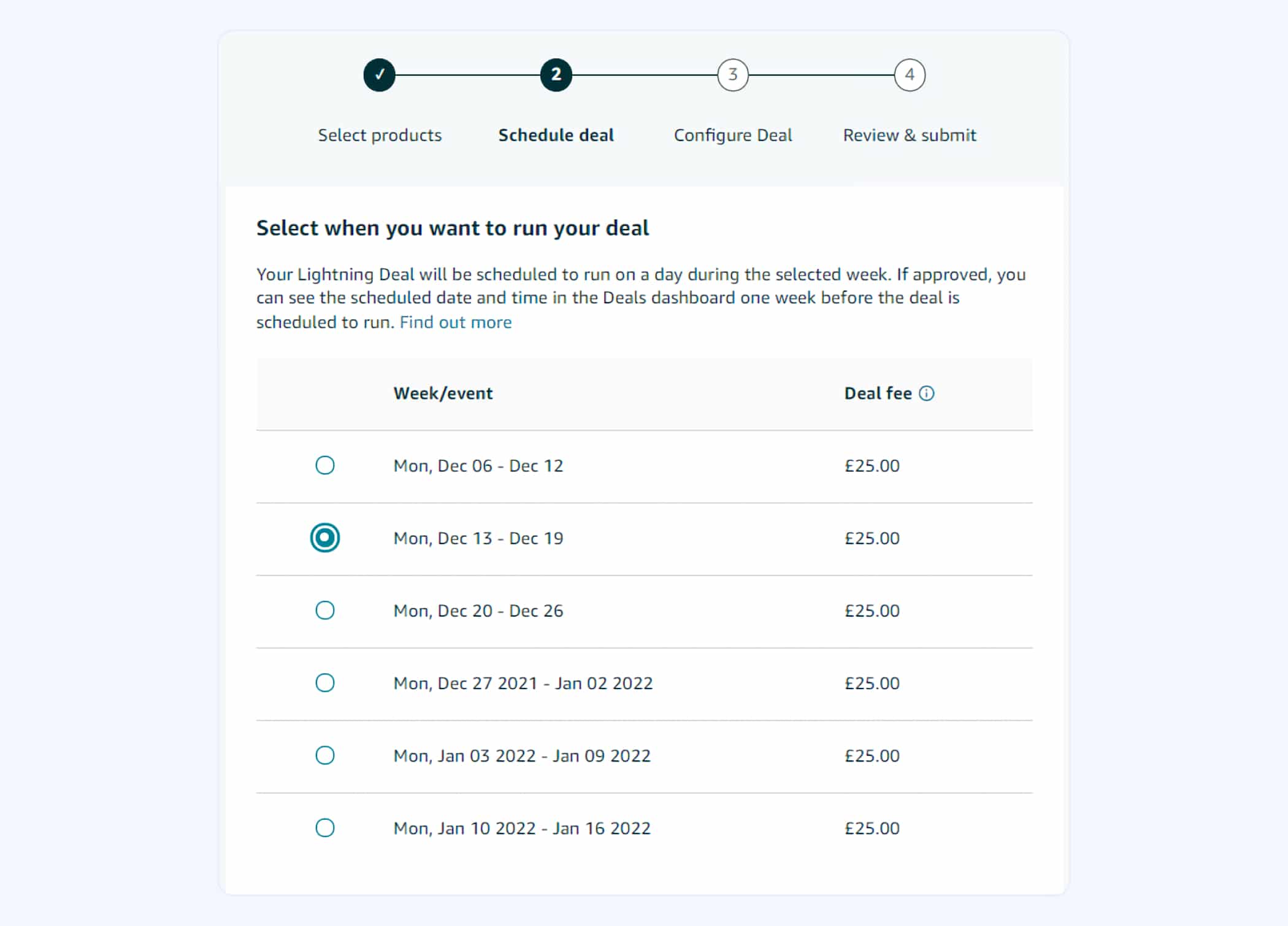 Choose from the offered range of dates. It isn’t possible to choose the exact day.

Pick the deal price, discount per unit, and minimal quantity of items.

Once every parameter is adjusted, the product can be submitted to be queued for the Lightning Deal.

The schedule of Lightning Deals is unpredictable for sellers, but it is influenced by internal Amazon logic. For example, some sellers get the Deal for 6 hours between 5 pm and 11 pm on Cyber Monday, others get between 2 and 7 am the following day. The algorithm makes this decision. However, the fees of the less popular time ranges cost less.

What Does the Status of the Lightning Deal Mean?

The Lightning deal has still been processed and hasn’t been submitted yet.

The Lightning Deal has been reviewed.

The Lightning Deal information provided during the Deal creation needs to be edited.

The Lightning Deal is not scheduled yet, but it’s eligible.

The Lightning Deal is approved and scheduled.

The Lightning Deal is not eligible.

When is it Possible to Cancel a Lightning Deal?

Lightning Deal can be canceled anytime. However, it’s better not to cancel the pending Lightning Deals less than 25 hours before the beginning. Otherwise, the seller could be banned from partaking in future Lightning Deals (although the scale and length of this ban can be different.)

To cancel Lightning Deal, sellers need to go to Deals Dashboard. Then filter Lightning Deals by Status, choose the next ones: Needs Attention or Upcoming.

Click on the button “Edit” near the Deals that have to be canceled and on “Cancel Deal.”

When is it Better to Not Participate in Lightning Deals?

Lightning Deal is definitely a powerful tool that can help the seller in multiple situations. Nevertheless, sellers need to use it only for their own benefit and when they are sure that they are prepared.

One of the reasons not to participate in Lightning Deals is low inventory. If the inventory drops below the quantity set for the Lightning Deal, the algorithm cancels the Deal since the seller already ran out of it before the Deal started. Other promotions, Sponsored ads, and organic sales running parallel with the Lightning Deal are also require inventory. That is why it is essential to keep it above the minimum.

Another reason to skip Lightning Deal is the costs. Not only must sellers pay a fee for running a Lightning Deal, but they also cut the product’s price at least 15%.

So, consider those two points before launching the Deal not to end up running an unprofitable Deal or have a Suppressed Deal because of being out of stock.

What is an Amazon Lightning Deal Price?

The fee Amazon charges for taking part in Lightning Deals is fixed. In order to check the fee details, go to Seller Central, then to Reports, Payments, Transaction View, and finally Service Fees.

The fee varies depending on the chosen time range the seller chose for Lighting Deals and the country in which the seller runs the Deal. The price of the product, a number of variations, and quantity don’t affect the fee. For a fixed fee, Amazon lets a dedicated number of the product, typically 100-200 units, be sold with the help of the above-described Deal.

When is it Better to Participate in Lightning Deals?

Sometimes Lightning Deal does not bring any profit and is used as a way to introduce products to Amazon visitors.

For example, when the product is still new and lacks customer reviews. These are necessary for Amazon’s Algorithm to show the product more often on the 1-2 search results pages.

Or when there is a need to score extra sales and gain sales velocity before an expected surge in sales (before Q4: X-Mas season, Mother’s Day, or Prime Day.) Even an incremental increase in BSR (requiring extra sales of an ASIN to be recorded by the Algorithm) will pay back when the high sales season begins by scoring extra dozens or even hundreds of sales.

Lightning Deals also work when the aim is to take back a Best Seller Badge that has been recently overtaken by a competitor — by the same virtue of a temporary boost in sales velocity.

The last example is connected with a wish to clear the inventory. Sometimes an influx of cash is required to reinvest into a new product. Selling an existing product even at a break-even price is an excellent way to have another go on Amazon with a newer, fresher, and better product.

7-Day Deals like Lightning Deals are time-limited promotion tools. 7-Day Deals have up to 7 days of product promotion.

The advantage of 7-Day Deals is the product’s exposure in front of a wider audience because of how long 7-Day Deals last. Lightning Deals participants can’t choose the exact time for their promotion. 7-Day Deals last long enough for customers to see the promotion on the Amazon Deals page. Also, the products participating in 7-Day Deals have a “Limited time deal” badge.

The advantage of Lightning Deals is that customers feel a greater sense of urgency. Obviously, the fee for both of Deals differ. 7-Day Deals fee is higher. However, because of its length and timing might be more profitable.

To sum up, Lightning Deals are a great instrument for short bursts of sales. They can be used to get some quick cash out of inventory, to help to sell a new product, or to catch up with the competition at critical moments. The success depends a lot on the Amazon A10 algorithm: both when the product is eligible and when it will be sold. Automated Sponsored Ads can help Lightning Deals significantly, but it takes some prior preparations for a good performance.