The Impact of The Russia-Ukraine War on Global Trade 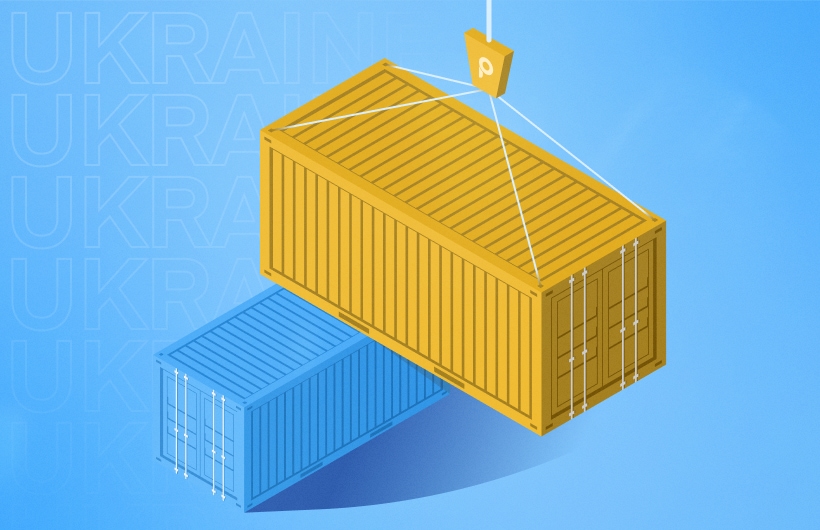 As Russia persists in aggressively attacking Ukraine, economic markets have responded by declining and sinking. As a result, the world economy is currently in a fragile state and is fighting in hopes of returning to sustainable growth. This article discusses the impact of the Russia-Ukraine war on global trade and where it can take the economy in the next several years.

The war in Ukraine is threatening to significantly derail the global economy, further destabilizing an already fragile recovery. Moreover, Russian intervention in Ukraine has affected a swathe of European markets and led to an eventual fuel crisis, with prices experiencing a significant rise since the European Union has severely limited Russia’s import and export market share.

The impact of Ukraine’s war against Russia led to a frenzy of political and financial concerns that has gripped global markets for the last week. It’ll take time for the global economy to come to its senses, as the deterioration has a much more detrimental effect and fears that it will unveil an even more negative impact once the war is over.

Investors expect that more central banks will begin to pursue more aggressive interest rate hikes this year to better keep inflation in control, according to the IMF.

The consequences of the Russian invasion of Ukraine will continue to echo through the global community as they reverberate in both the World Bank and the IMF forecasts for global growth. The IMF cut its global growth forecasts for 2022 and 2023, stating the economic hit from Russia’s aggression in Ukraine will spread everywhere, increasing the price pressure and worsening significant political problems. Likewise, the World Bank dropped its global growth projection for 2022 by almost a whole percentage point, from 4.1% to 3.2%.

Indeed, this spurred economists to revise their global inflation forecasts. 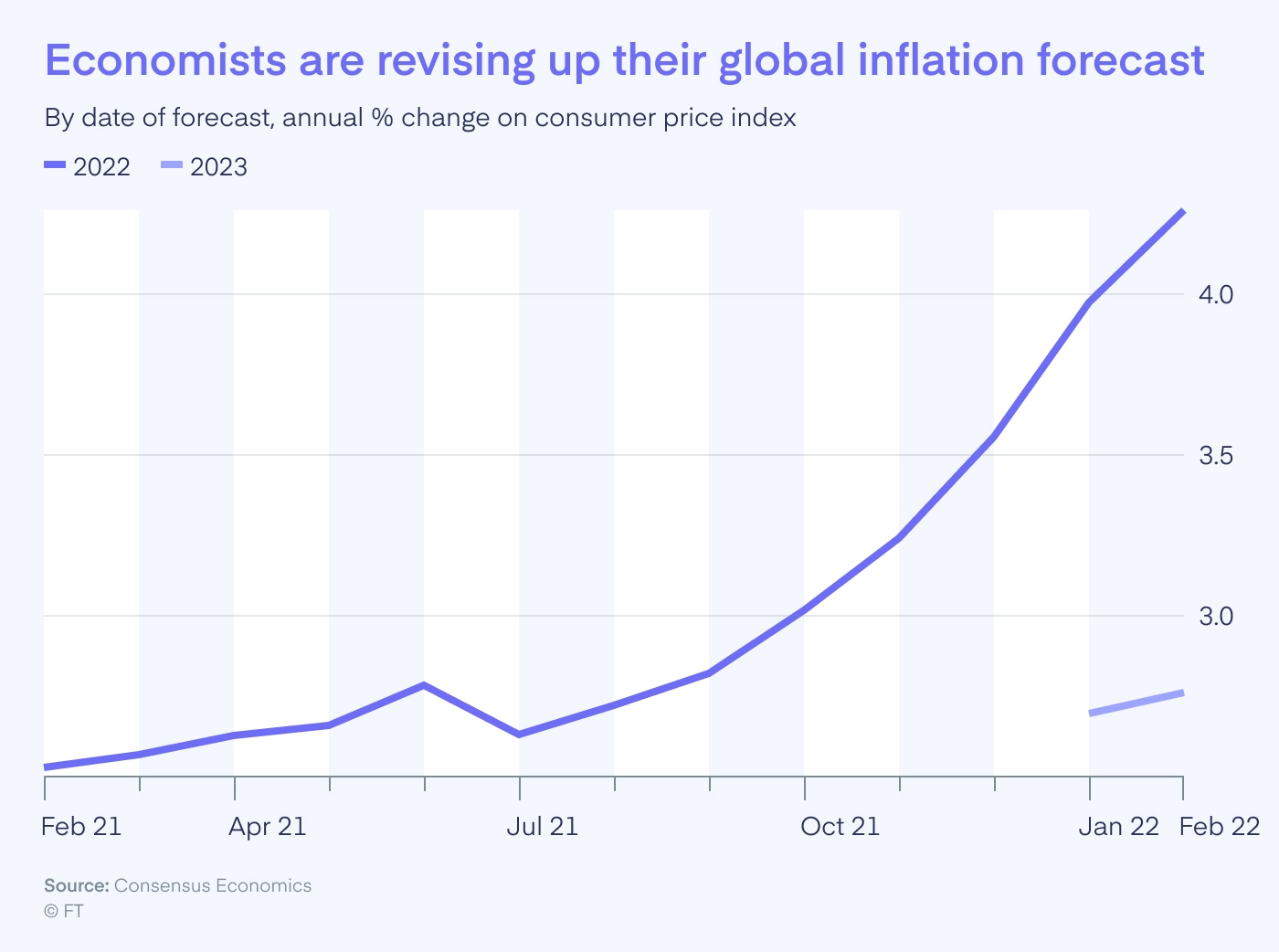 The escalation of tensions between Russia and Ukraine serves as a reminder of how fragile the global economy is and how susceptible to the suddenly forming conflicts. The global financial system, in particular, is not resilient. Yet, no matter how big the risk, it begs the extent of world banks’ responsibility to prevent uncertainties from starting a fire among major economies.

The Economic Impacts of The Ukraine Crisis on Global Trade

Relations between Russia and the Western world are plunging to new lows as an impact of the Russia-Ukraine war. Over the past few weeks, Ukraine’s upheaval is hitting global trade hard, which is likely to have the most significant effect on low-income countries, warns the World Trade Organization (WTO).

World Trade Organization economists have lowered their forecast for world trade in the next two years from their original projection: world merchandise trade will likely grow by 3% this year, rising to 3,2% in 2023, down from the 4,7% initial projection. The data for the mentioned figures are likely to be revised again when the war in Ukraine is resolved, providing more accurate information.

“It is now clear that the double whammy of the pandemic and the war have disrupted supply chains, increased inflationary pressures, and lowered expectations for output and trade growth. These events and the enormous uncertainty they have created make for a complex forecasting environment.” 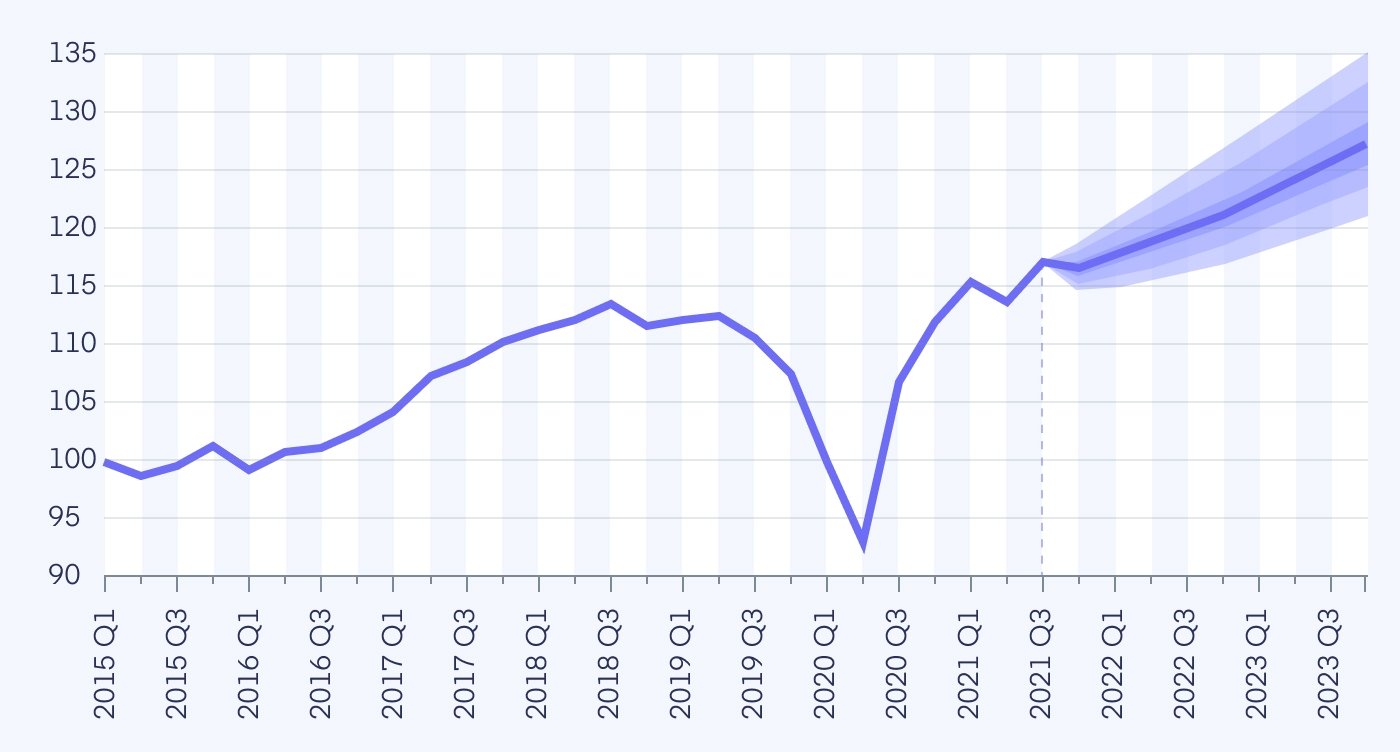 The graph above displays quarterly world merchandise trade volume estimates to the end of 2023.

Mining and iron ore are essential components of steel. The new iron ore market has also recently become a meaningful way of dealing with the rise in global demand for commodities. But iron ore prices have risen significantly as one of the many effects of Russia invading Ukraine. Investors frightened by this risk are likely to reduce their investments in one or more of these areas. This is not good news for global trade and contributes to a recent slowdown.

The whole world is slowly tumbling into a fuel war – oil and gas prices are a symptom of this. The primary reason is that European energy markets that depend on Russian gas are also prone to disruption. The European Union has intensified the sanctions imposed on Russia due to the Ukraine crisis. Even though it hasn’t restrained the oil and gas supply from the aggressor country, several EU countries have already stopped consuming Russian gas. 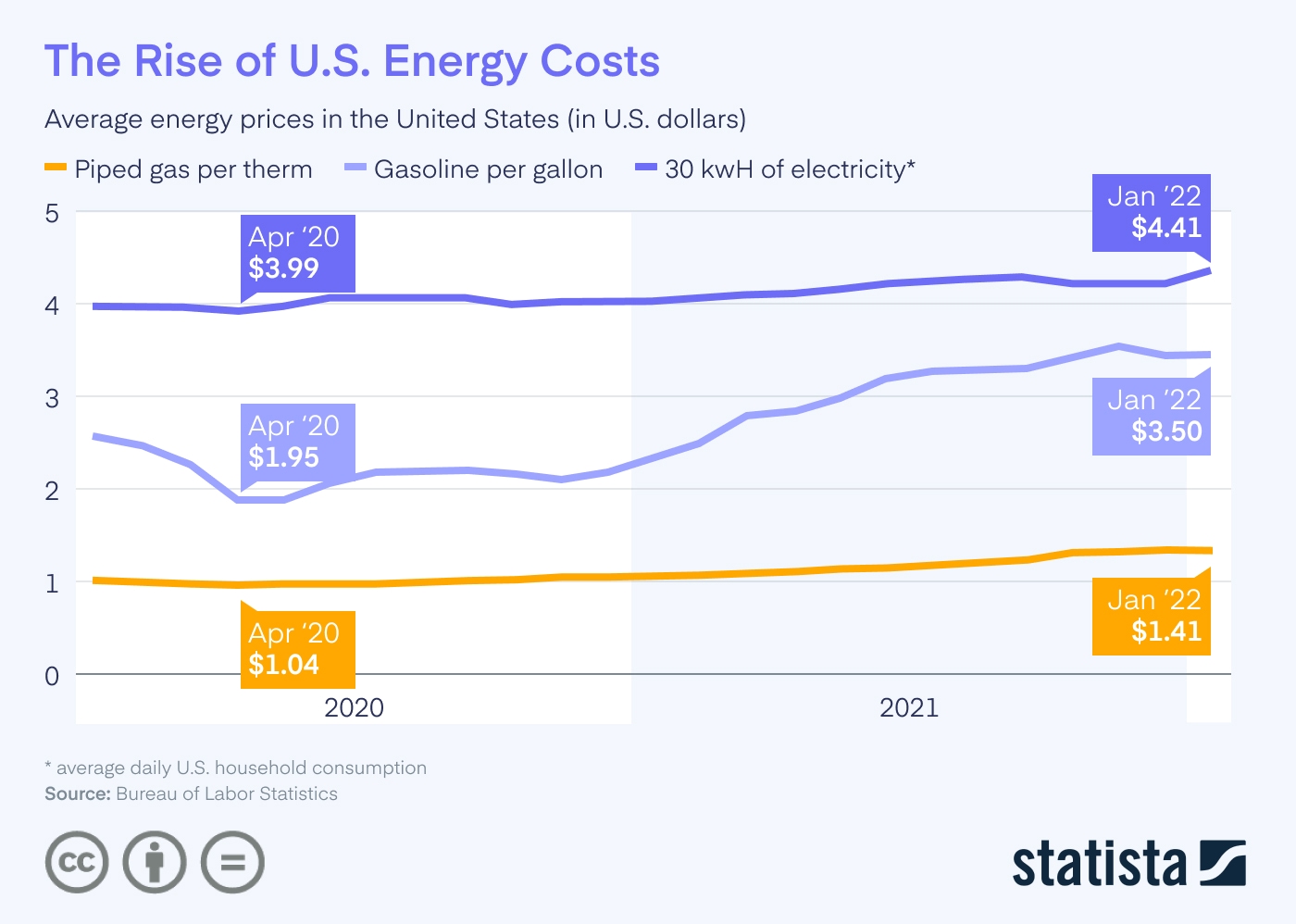 “Smaller supplies and higher food prices mean that the world’s poor could be forced to do without.”

The chart below shows the recent rally in world fuel prices. For example, the cost of Brent oil in March was $118 per barrel, which is 38% more than in January and 81% more than the previous year.

The economic impact of the Ukraine invasion is also observed in the natural gas market. Natural gas prices tend to diverge across regions, while oil prices tend to fluctuate slightly. For example, the cost of natural gas in Europe increased by 45% between January and March, while prices in the United States remained relatively low at about $4.9 per million BTU. 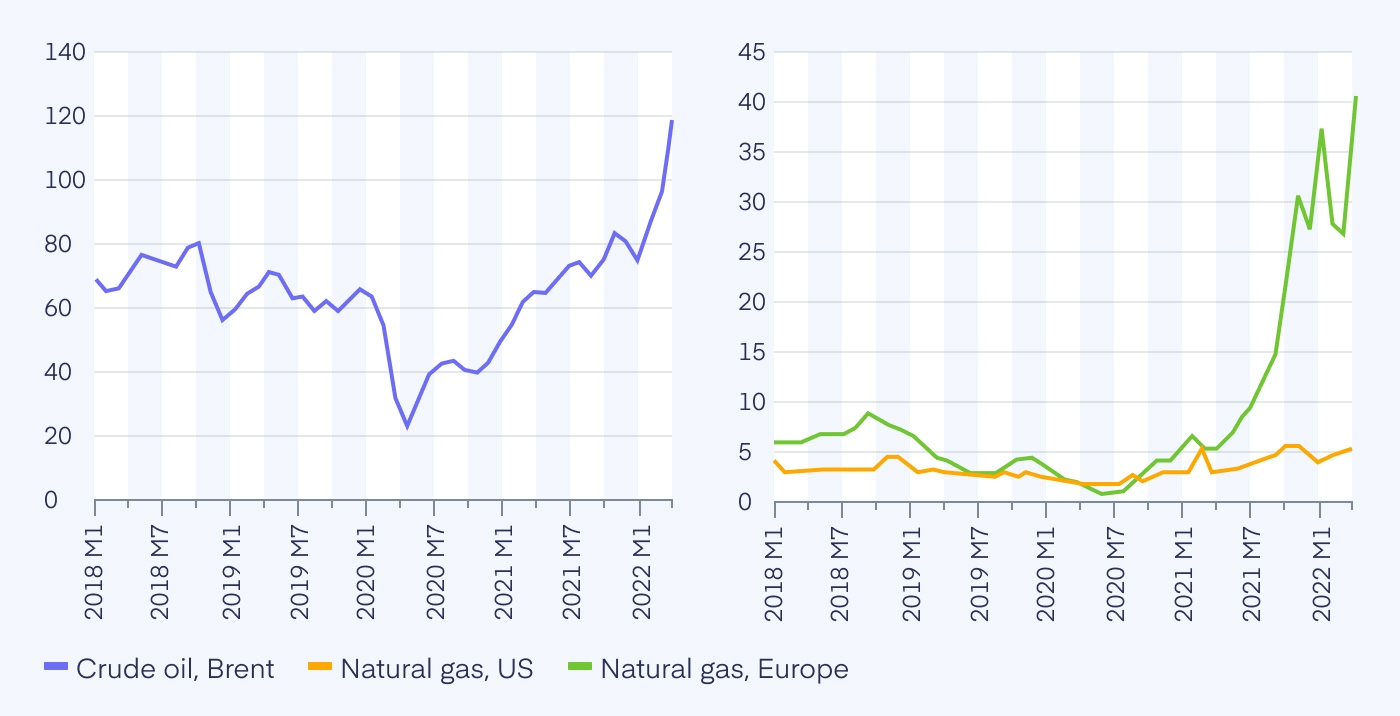 Russia has started this war, but it didn’t anticipate the consequences of the Ukraine invasion. So they are now manipulating the price of oil as a result of their activities. Fuel shortages, meanwhile, have already caused panic as tempers flare, and many people are now relying on purchasing expensive black market fuel.

eCommerce merges the physical and digital worlds seamlessly. It’s a crossroads where the lines between offline and online shopping get blurred. The impact of Russia invading Ukraine has shown that the physical world still has a presence. Experts believe that the current state of the Russian-Ukrainian relationship will have a massive impact on eCommerce. Disruptions to rail, road, and pipeline transport networks are taking their toll as the fighting cuts off access to supplies.

The chart below displays indices of trade per quarter and by region between 2019 and 2023.

There is slow growth in export volumes since Russia still has a competitive advantage when it comes to the export of fuel. However, if the situation changes, it can allow for more robust export volume growth in other fuel-producing regions. 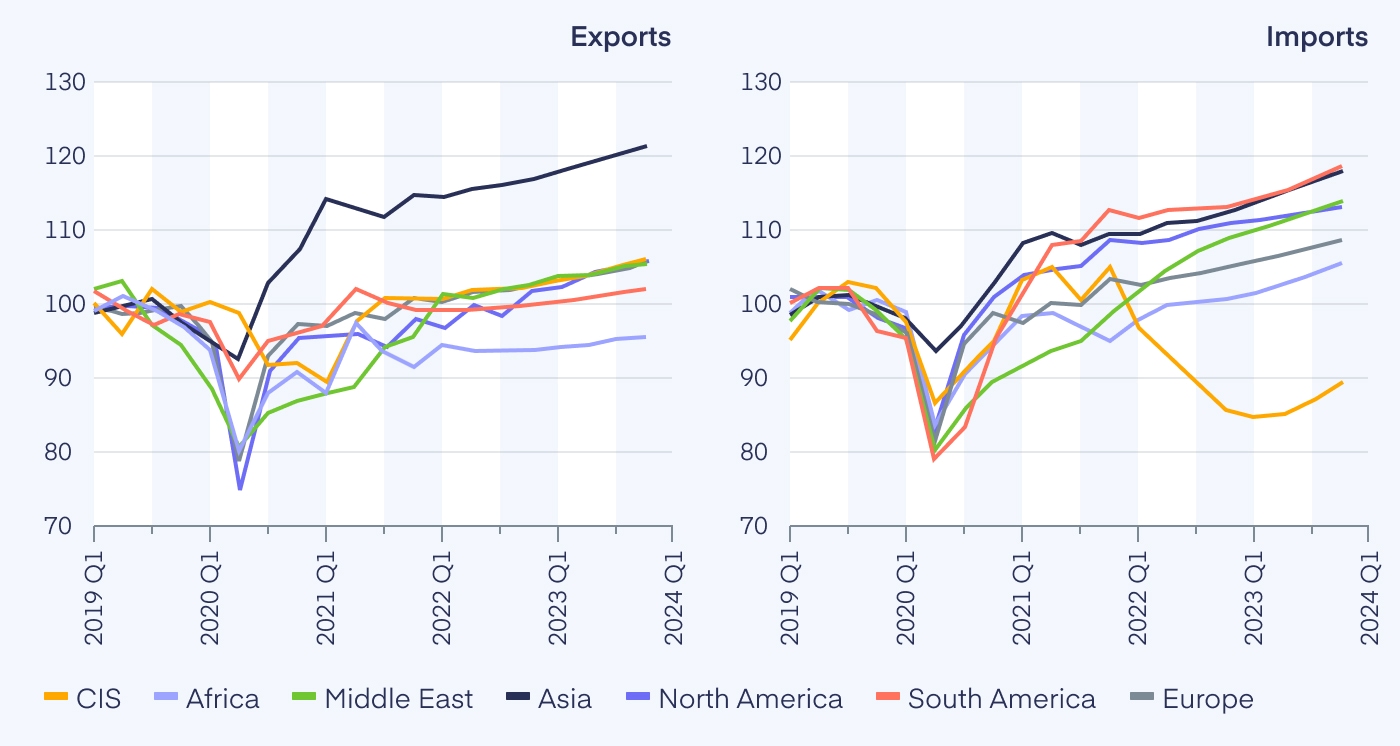 The future of eCommerce may depend partly on the emerging trends of streaming and download. When the Russia-Ukraine war began, many international shoppers not just noticed that but were directly influenced. It caused some to put off or cancel their shipments, and shoppers started to purchase less. Unfortunately, most retailers didn’t adapt quickly enough and failed to sell most of the spring inventory.

Major impacts of war on eCommerce are described below.

As the Russia-Ukraine war continues, the fear of escalation has virtually paralyzed Russia’s online eCommerce. The Russian government has repeatedly taken down domains, blocked IP addresses, and censored online media to ward off the threat of any payment channel being used to funnel funds to pro-Ukraine organizations. Caught in the middle are the many small and medium-sized online retailers dependent on eCommerce for their business growth. The steep decline in online traffic has taken a toll on their ability to sell and make a profit.

The global outlook on the economic impact of the Russian invasion of Ukraine is yet to be formed. It is expected to improve, but the recovery is still constrained by global geopolitical tensions, which hampers growth momentum. Effects of the Russia-Ukraine war are a stark reminder that it can rain havoc on world trade and will not recover until and unless the crisis is resolved. At its worst, Russia could destroy the world economy. At its best, it could be a teachable moment for the rest of the world.

We use cookies to ensure that we give you the best experience on our website. If you continue to use this site we will assume that you are happy with it.OkPrivacy policy